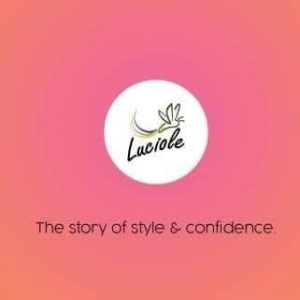 » Pakistan can not say this 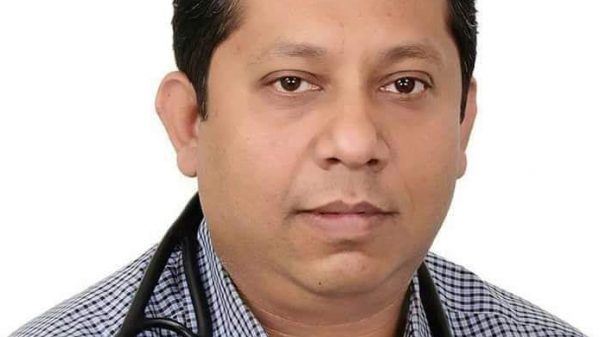 Bangladesh was born out of struggle which is indeed unique in history. A deeper look into this struggle will expose Pakistan of its hypocrisy and its evil designs. The first attempt to divide Bengal on religious lines was however made much before the Pakistanis by the British in 1905 through the creation of Western Bengal and Eastern Bengal.

While Hindus were majority in Western Bengal, Muslims formed bulk of the population in Eastern Bengal. But the division on religious line could not be sustained and had to be annulled in 1911 in the face of strong resistance. Muhammad Ali Jinnah catalysed the partition of undivided India once again on religious line when the British were about to hand over power to an independent India.

This theory of Jinnah is widely known as the ‘’Two-Nation Theory’’. Jinnah was successful. Two independent nations namely India and Pakistan emerged in mid-August of 1947, following a partition of undivided India with India being a Hindu-majority country and Pakistan, a Muslim-majority one. Pakistan had two parts namely, West Pakistan and East Pakistan.

West Pakistan was geographically separated from East Pakistan by about two thousands of kilometres of Indian Territory in between. The separation between the two wings of Pakistan was not only restricted to the huge distance between them, but also to language and culture. In fact, the latter two were the most powerful factors that ushered in liberation of the then East Pakistan, now Bangladesh, from the clutches of Pakistan.

The above events are important in the sense that a diplomatic mission in Dhaka had scheduled to celebrate ‘Pakistan Day’ on March 23 in utter disregard to the sentiments of 160 million Bangladeshis. Their narrative is that March 23 is important since Muslims of that time in 1940 resolved to gain independence from dominion of Hindu majority on this date.

They, however, failed to realize that playing religious cards is not going to pay them any dividend as the foundation of Bangladesh is laid on four principles, namely secularism, nationalism, socialism and democracy. Lest we forget that on March 23, 1971 the Bengali people refused to hoist Pakistan flags on their properties at the call of Father of the Nation Bangabandhu Sheikh Mujibur Rahman.

This act by that diplomatic mission was aimed at igniting communal disharmony in Bangladesh. While they the Pakistan government as of date falls short of saying sorry for their genocide in Bangladesh in 1971, they are giving importance to March 23 to suit their own agenda, that also during ‘Mujib Borsho’ – birth centennial of Father of the Nation Bangabandhu Sheikh Mujibur Rahman.

In fact, the liberation war of Bangladesh can be traced back to 1948 when Muhammad Ali Jinnah declared in Dhaka that, “Urdu shall be the state language of Pakistan” leading to strong resentment in the then East Pakistan led by young Sheikh Mujib. The Bengalis of East Pakistan resented since Bangla was the mother-tongue of vast majority of the people of East Pakistan.

Vehement protests were launched in East Pakistan. Several students and protestors lost their lives on February 21, 1952 in Dhaka when police opened fire on procession in Dhaka University resenting the decision of Muhammad Ali Jinnah to impose Urdu on Bengal speaking people.

February 21 has subsequently been proclaimed as “International Mother Language Day” by UNESCO. So undoubtedly, language paved the way for liberation of Bangladesh. East Pakistanis deeply identified themselves as Bengalis. And East Pakistanis were far ahead of the West Pakistanis both culturally and educationally. It may be worth recalling that Dhaka University used to be a prominent seat of learning in entire South Asia during that time.

According to the ‘Report of the Advisory Panels for the Fourth Five Year Plan 1970-75’ published by the Planning Commission of Pakistan, the development budget for Eastern Pakistan had always been behind that of West Pakistan. In 1950/51-1954/55, 46 percent of the total spending was made on the Eastern part, with the rest channelled towards the Western part.

The figure further declined to 32 percent for the Eastern part in 1955/56-1959/60. An average of just 34 percent was spent on Eastern Pakistan during 1950/51-1969/70 despite the fact that East Pakistan was more populous in comparison to West Pakistan. Between 1948 and 1960, East Pakistan’s export earnings had been 70 percent of Pakistan, but it received only 25 percent of its export earnings for itself.

The above statistics clearly points out that the then West Pakistan resorted to economic drain and exploitation of East Pakistan, a factor which paved the way for the liberation of the then East Pakistan. This is another example which exposes Pakistan of its hypocrisy of Islamic brotherhood.

In 1970, the first general election was held in Pakistan where Awami League got a clear majority. However Zulfikar Ali Bhutto was not ready to give up the post of Prime Minister to Bangabandhu Sheikh Mujibur Rahman for fear of losing the dominance of West Pakistan over the East, though both the parts were Muslim majority. West Pakistan’s refusal to give in to East Pakistan, once again proved the hollowness of Pakistan’s claim for Islamic brotherhood.

‘Pakistan Day’ that the country observes on March 23 is yet another example of its hypocrisy about Muslim people since ‘Operation Searchlight’ was launched by the then West Pakistan on its Eastern part, which was also a Muslim majority state, on the intervening night of March 25-26, 1971. West Pakistani soldiers came out of the Dhaka Cantonment at 11:30 pm and resorted to genocide of unarmed Bengalis in Farmgate area, launched simultaneous attacks on Pilkhana and Razarbagh police lines and arrested Bangabandhu Sheikh Mujibur Rahman at 1:15 am from his Dhanmondi road number 32 residence.

However Bangabandhu declared the Independence of Bangladesh a few minutes before his arrest. At the dead of night, they launched operation at the residential quarters of Faculty of Dhaka University and killed hundreds of students and teachers.

Celebrating Pakistan Day in Dhaka, only three days before the 49th birthday of Bangladesh well within ‘Mujib Borsho’ on March 23 is clearly a mischievous move by this diplomatic mission. They don’t realise that the Bengalis have not forgotten the wounds inflicted on them by the savage Pak army in collaboration with Razakars, Al-Badr, Al-Shams and their local collaborators during the nine months of 1971.

Paying little or no regard to the sentiments of 160 million Bangladeshis, on the solemn and auspicious occasion of “Mujib Borsho”, the Pakistani’s and their local allies are bent upon carrying forward their agenda.

So, summing up, one can easily see that factors like language, culture, economic exploitation and dominance by the then West Pakistan over East Pakistan fuelled up the liberation movement of Bangladesh. ‘Mujib Borsho’ which is being observed from March 17, 2020 to March 26, 2021 will certainly defeat the evil designs of Pakistan and it’s agents in flaring up communal passion in this otherwise peaceful country and the entire sub-continent as a whole.