Independence, how this word became ours

Composition of a verse is awaited,
raging, impatient yet pining millions waiting since dawn
at the groves of the ocean of people.
Wonders the rebel audience: ‘when will the Poet show up?’

Then,no kids’ park was hither.
Draped in trees and flowers this garden didn’t exist
nor this dizzy bleary afternoon.

How did that afternoon look that Day?
How did this heartland of Dhaka, now a kids’park
wrapped in benches, trees and floral beds look then?

Criminal hands are ready to wipe out, yes
every memorabilia of that Day. So, in this hurt field
sans the bard, now poets stand against poets
Meadows against meadows
Afternoons against afternoons
March against Marches…

O, the unborn baby, O, the rhymer of tomorrow,
swinging on the colorful cradle of the kids’ park,
in the days to come, you’ll know all. To let you know
I store this story of that profound afternoon.

This ground looked so dissimilar that day
No park, no floral gardenia—nothing as it looks like now.
Alike the one and unbounded sky, an empty land
dressed in grasses, green overlapping the green and
drifting unto the horizon.
The green within us longing for freedom
met the endless greenery of this ground.

With red scarfs bound on their foreheads and wrists,
came rushing to this ground the workers from the iron mills,
With yoke and plough on the shoulders the bare-bodied peasants thronged;
With arms grabbed from the police,the fiery youths joined.
With mortal ends in the fists and eyes radiant with dreams, assembled
the middle class, lower middle class, poor clerks, women, elderlies, whores, vagabonds
and leaf-pickers of your age swarmed here.

A verse will be read out. What a breathtaking eagerness
of the people! When shall the bard show up?
When shall he?

The endless struggles of hundred years halt,
The Bard walked in, reminding all the vigorous steps of Tagore
up on the people’s stage he stood erect.

In the twinkling of an eye, waters stormed on to the boats,
the cords of hearts started swinging,
tidal waves quaked the ocean of people,
and all doors unbarred.
Who dares to tame his thunderous voice!
Rocking the stage beamed by the sunny rays of people,
the Bard read out his immortal verse:
‘Struggle this time is the struggle for our liberation,
Struggle this time is the struggle for independence’.

Since then the word ‘Independence’ has become ours 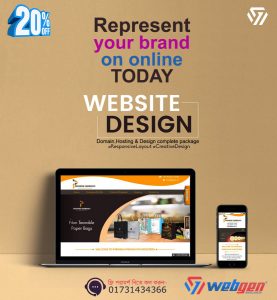